In the South-West of Germany, the existence of concentration camps is mostly denied, silenced out or played down. There are places, where KZ survivors from Western Europe returned to those places and demanded remembrance memorials to be put up. First remembrance objects are cemeteries – predominantly in the French occupation zone, mass graves are turned into cemeteries, as this was done in Schömberg, Schörzingen and Bisingen as well as in Hailfingen, Spaichingen and Haslach. Few gravesites and memorials were established in the American occupied zone. Early memorial inscriptions are in both occupation zones are mainly in French, Latin, Polish and Hebrew. They express the mourning of the survivors and their relatives for their co-prisoners and their families. An exception is the KZ cemetery in Heilbronn-Neckargartach, which was created by its citizens in 1946.

Survivors of the main camp demand that the site be preserved and established as a memorial and national necropolis.

After the foundation of the Federal Republic, the concentration camps were forgotten in many places. Only in small number of villages are memorial remembrance site established on grave sites or in cemeteries by local communes or counties in the 1950s; most individual cases are rooted in the initiatives of survivors, association of victims or French government agencies. The inscriptions on memorial stones and plaques erected on the German side are written in a general tone. Often they hide more than they tell.

Inscription: “In memory of the victims of violence”. 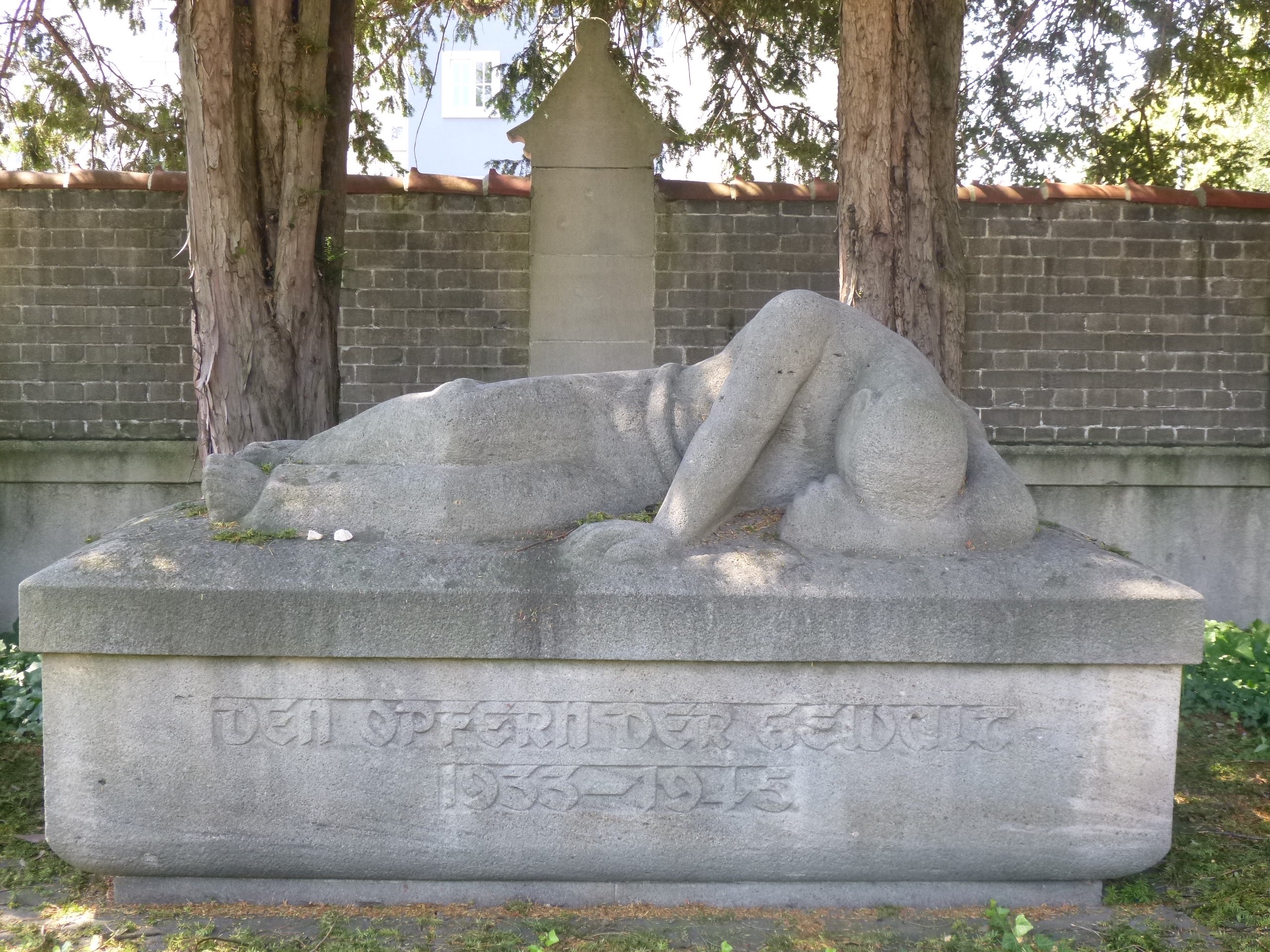 After the French “graves mission” exhumed the mortal remains of 1,488 victims of the KZ Vaihingen for identification in 1954, the KZ cemetery has been remodelled; most of the dead are intered on site. In 1956, the German authorities set up a memorial; the remodelling of the cemetery is completed in 1958. 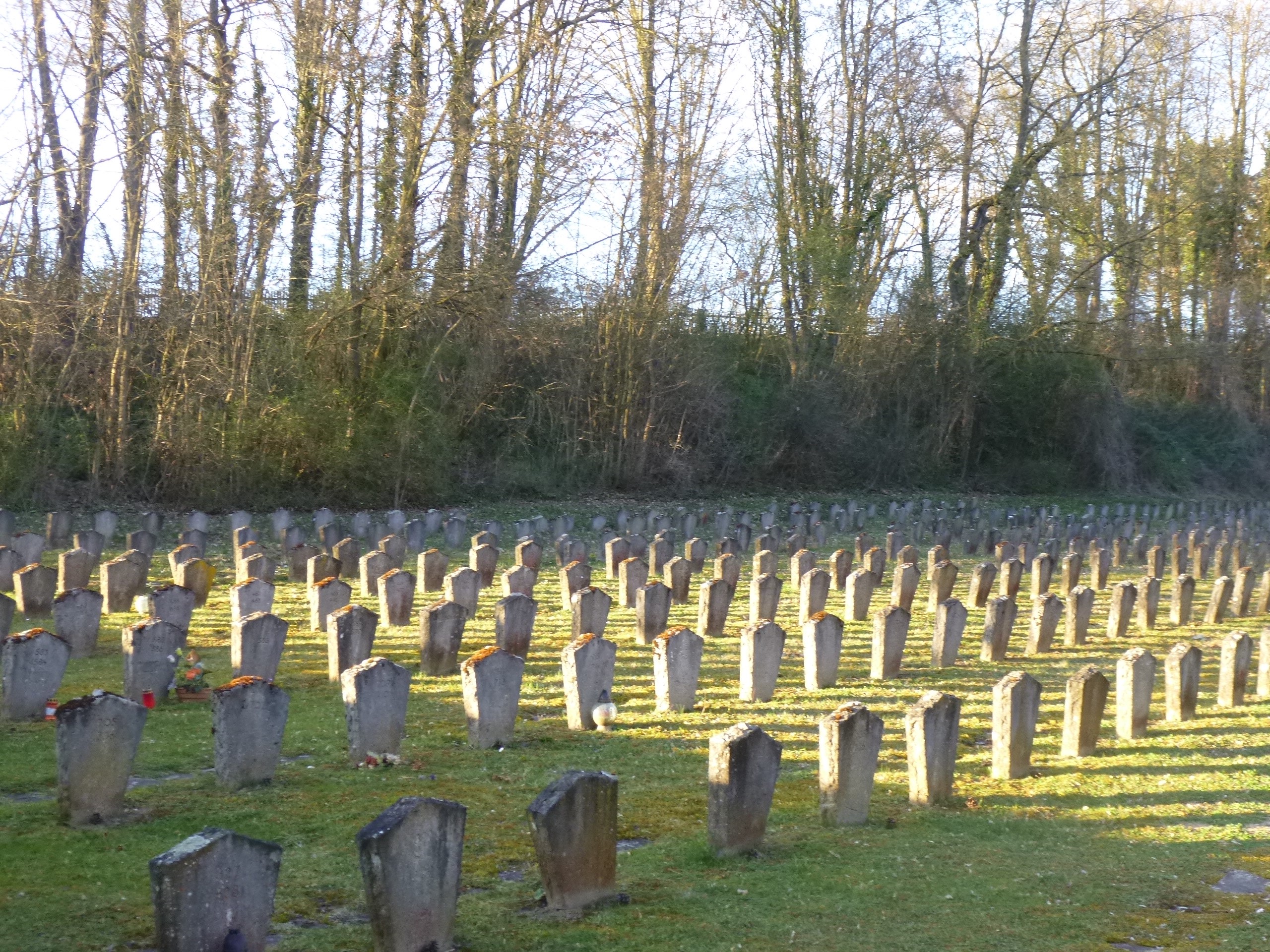 General de Gaulle inaugurates the memorial, financed by the French government, on the site of the former Natzweiler main camp. Large-scale memorial celebrations are held their every year; the memorial site is visited by many students. However, the satellite camps have vanished from public awareness. 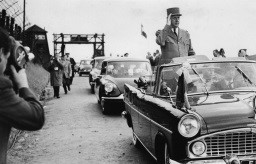 In the 1960-s and early 1970-s, the Stuttgart Minister Fritz Majer-Leonhard, director of the “Hilfsstelle für Rasseverfolgte” [Assistance Office for the Racially Persecuted], makes a strong commitment for the erection of memorials or remembrance plaques for the Nazi victims in Baden- Württemberg and for the maintenance of KZ grave sites. New memorial sites are built in several places, but the inscriptions remain vague and cloudy. 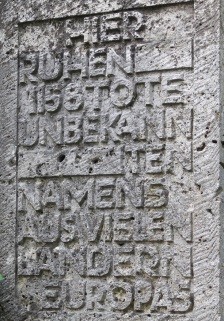 Up to 1,700 persons participate in memorial celebrations of the DGB [German Trade Union Association], the Naturfreundejugend [Young Friends of Nature] and the SJD/Die Falken [Socialist Youth of Germany/The Falcons] on the cemeteries of Schömberg, Schörzingen und Bisingen.

When the “Meeting Centre for Recreation and Sport” is established on the terrain of the former KZ Bisingen, the local soccer club set up a memorial stone with a German, French and Latin inscription. The German inscription says – freely after Friedrich Schiller’s Thermopylae epigram – “Wayfarer, when you pass here, remember those, whose lives were taken, before they had a chance to live it out in a meaningful manner.” Nonetheless, this memorial stone is the first memorial, which was set by the German side outside a cemetery or a grave site in commemoration of the victims of a Natzweiler satellite camp.

A citizens’ initiative, supported by people from Germany and abroad prevents a trash dump from being built right next to the KZ cemetery Bisingen.

Since the Mid-1970-s, a student work group of the Pedagogical College of Ludwigsburg deals in a scientific way with the history of the individual Natzweiler satellite camps in South-West-Germany. It is led by the history didactic Herwart Vorländer. In a majority of the cases, these studies constitute the first research about these concentration camps. In 1978, seven works are published in an anthology: Herwart Vorländer (Ed.): Nationalsozialistische Konzentrationslager im Dienst der totalen Kriegsführung. Sieben württembergische Außenkommandos des Konzentrationslagers Natzweiler/Elsass, Stuttgart 1978: Kohlhammer (Veröffentlichungen der Kommission für geschichtliche Landeskunde in Baden-Württemberg, Reihe B, 91). [Publications of the Commission for Knowledge of the History of the Land in Baden-Württemberg, Series B, 91].

Forty years after the end of the war, remembrance undergoes a radical change: union members, teachers, committed church people or youths form civic action groups. These investigate the history of former satellite camps “in front of their house doors” and search for survivors all over Europe. They also stand up for dignified memorials and meaningful information plaques at the historic sites. The groups fight for the establishment of memorial sites and meet significant resistance. A local remembrance culture develops because of this resistance. In many places, memorial and information boards, memorials and memorial stones are established in the middle of cities and local communities. Local action groups often mutate into memorial site initiatives. 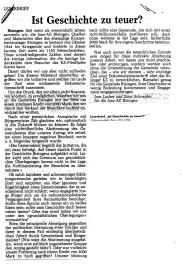 The Eckerwald memorial is the first of Natzweiler memorial sites in Germany. 1989 the remembrance path with info boards and a sculpture is inaugurated on the former site of the “Wüste” plant 10 (Zepfenhan) in a preserved brick building of the former gas purification installation. 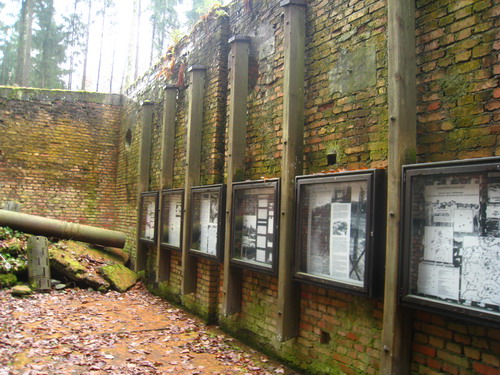 Opening of the KZ memorial site Mannheim-Sandhofen in the Gustav-Wiederkehr school. 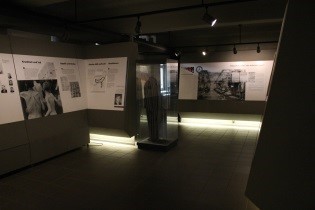 In October 1990, the KZ cemeteries Vaihingen and Unterriexingen are desecrated by Neo Nazis; tombstones are unearthed, smeared with swastikas, SS runes and paroles. Over 1.000 citizens participate several days later in a silent march in commemoration of the KZ victims and against antisemitism.

Opening of the exhibition “The “Wüste” undertaking – oil slate plants and concentration camps along the railroad track Tübingen-Rottweil 1944/45“ in Balingen. In the years to follow, the exhibition is also shown in Rottweil, Tübingen und Stuttgart.

Foundation of the Working Group of the Land

Upon pressure from the LAGG, the parliament of the Land of Baden- Württemberg, decides to include a spending position “Gedenkstättenförderung” [funding for memorial sites] into the household of the Land. Moreover, an office for memorial sites is established at the Centre for Political Education of the Land. It provides consultation to the memorial sites in the Land, supports their coordination and administers the budget provided by the Land. Since then, a committee, which consists of an equal number of representatives of the LpB and of the Speaker Council of the LAGG, decides about the provision of the funds – based on conditions determined by the parliament of the Land.

Opening of the exhibition „Schwierigkeiten des Erinnerns – Das Konzentrationslager in Bisingen und der Ölschieferabbau während des Zweiten Weltkriegs“ (“Difficulties with Memory – The Concentration Camp Bisingen and Oil Slate Mining during the Second World War”) at the regional museum in Bisingen. Originally intended to serve as a temporary exhibition only, the memorial site continues on as a permanent exhibition after 1998. Since 2006, its title is „Mut zur Erinnerung – Mut zur Verantwortung“ (“Dare to Remember – Dare to be Accountable”). In 2019, the memorial site is redesigned. 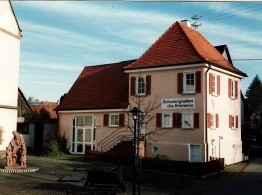 Opening of the KZ memorial site in the former salt mine in Bad Friedrichshall-Kochendorf. 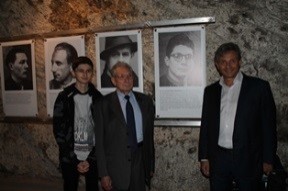 Opening of the KZ memorial site in the annex of the Clemens-Brentano elementary school in Mosbach-Neckarelz. 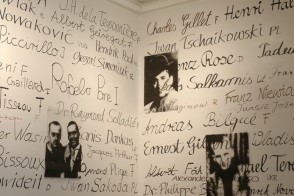 Opening of the open-air memorial site “Vulkan” in the Urenwald near Haslach im Kinzigtal. It reminds of the three satellite camps located in Haslach. 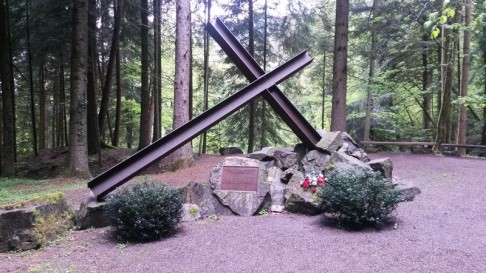 In the Gallus precinct of Frankfurt, a place is named after two prisoners of the KZ “Katzbach”, Adam Golub and Georgij Lebedenko, who were shot in 1945, when they attempted to flee.

Inauguration of a history teaching path about the KZ of Bisingen.

The memorial site Neckarelz inaugurates a history teaching path at the former gypsum mine in Obrigheim, where prisoners of the “Neckar camps” were deployed for forced labour.

A history teaching path is inaugurated on the site of the former KZ Walldorf in Mörfelden-Walldorf.

The KZ memorial site initiative Leonberg inaugurates a multi-lingual history teaching path, which informs about the history of the concentration camp in several historic sites.

Opening of the KZ memorial site in Schwäbisch Hall-Hessental on the former camp site near the train station. 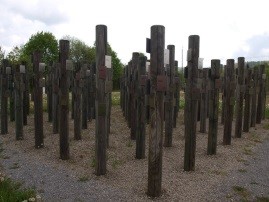 In 2002, the KZ memorial site Vaihingen/Enz opens. A media installation (“black box”) is inaugurated in 2005 in a hall built on the preserved foundations of the former delousing and shower barrack of the camp. In 2017, a seminar and archive room is added to the memorial site. 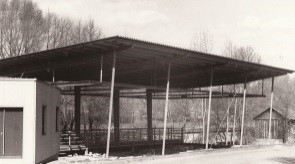 The French historian Robert Steegmann defends his seminal doctoral thesis at the University of Strasbourg about the Natzweiler concentration camp and its satellite camps. It appears as a book in 2005 (Struthof. Le KL-Natzweiler et ses kommandos. Une nébuleuse concentrationnaire des deux côtés du Rhin, 1941-1945). This becomes a starting point in France for taking a new look at the entire Natzweiler complex.

Inauguration of the CERD in Natzwiller

Inauguration of the newly designed state memorial and of the Centre Européen du Résistant Déporté (CERD) at the former main camp in Natzwiller, France. This exhibition about the camp history includes for the first time also the satellite camps. 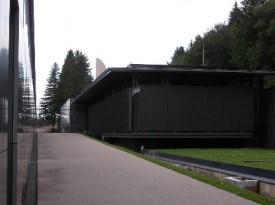 Wall of names in Leonberg

In front of the portal to the old Engelberg tunnel, where already in 2000 an information board had been positioned, a steel wall is erected, which is 25 m wide and 3 m high. There, one can find the engraved names of the prisoners of the KZ Leonberg and of other forced labourers. The wall of names forms the first part of the memorial site, which is finalised three year later.