By clicking on or moving the cursor over the dates, the pertinent information and the camp locations will be faded into the map.

One click to fade in; a second click makes the text disappear to show only the map.

By clicking on the arrow, the entire animation can be played.

Timeline of the history of the Natzweiler KZ complex

From the discovery of pink granite to the “double end” of the Natzweiler KZ complex.

In the Natzweiler main camp and its satellite camps people from all over Europe were imprisoned. A large majority of them was imprisoned for political reasons, but there were also those who were persecuted for so-called “race” or other reasons.

Several exemplary biographies show the diversity of nations and fates of persecution.

Quite a few of the introduced persons later stood up for remembrance, reconciliation and a peaceful and democratic Europe. 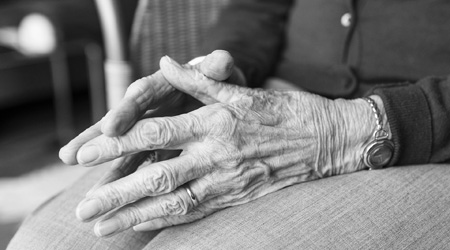 1940: Pink granite for the new Berlin

Hitler’s architect Albert Speer and the SS geologist Karl Blumberg discover deposits of rare pink granite: in the annexed Alsace, at the western slope of Mont Louise, near the Struthof winter sport hotel. Speer orders the opening of the quarry complete with concentration camp. After the “final victory” the granite is supposed to be used for the construction of monumental buildings.

1941: Establishment of the main camp 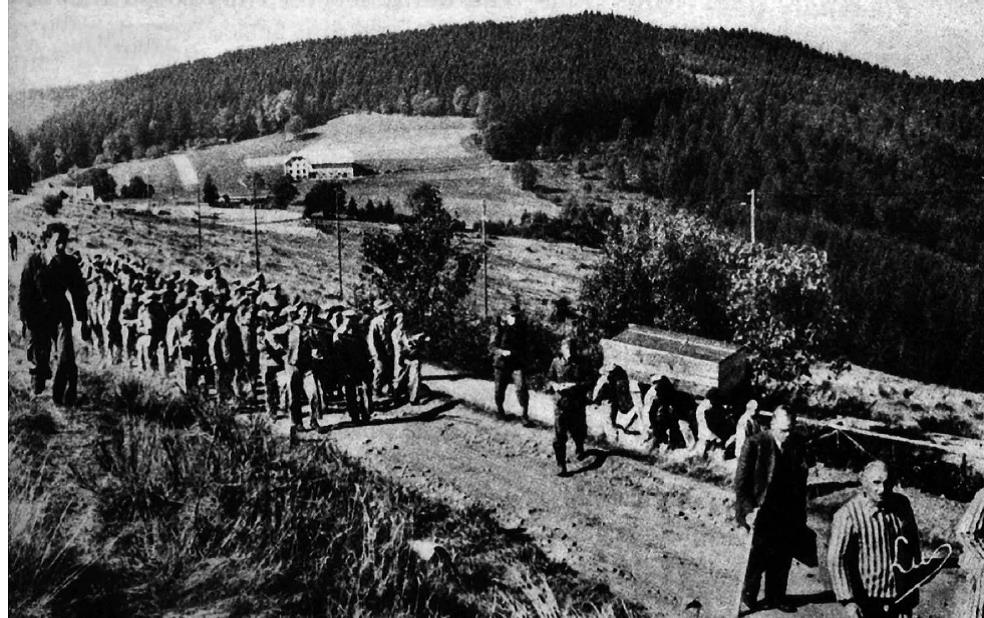 Prisoner commandos on the road to the camp.

The first prisoners arrive. By the end of the year their number will be 539. The prisoners will at first be billeted on the hotel terrain. They build the camp, level streets, erect buildings for the SS. Construction work is extremely hard due to the steeply sloped terrain.

1942: Building and developing the camp structure 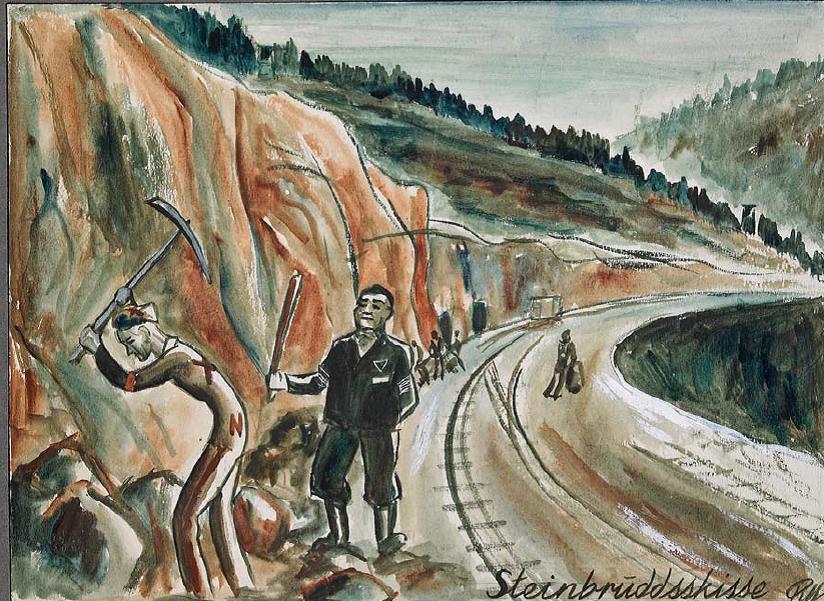 Work in the quarry.

This year, 1,465 new prisoners are added to the camp. Most of the men are still busy working on the camp barracks (including the camp prison), the SS installations and the infrastructure. In the quarry, much construction work is needed as well. In December, the first satellite camp is established in Oberehnheim/Obernai.

1943: Turn of the war and more satellite camps 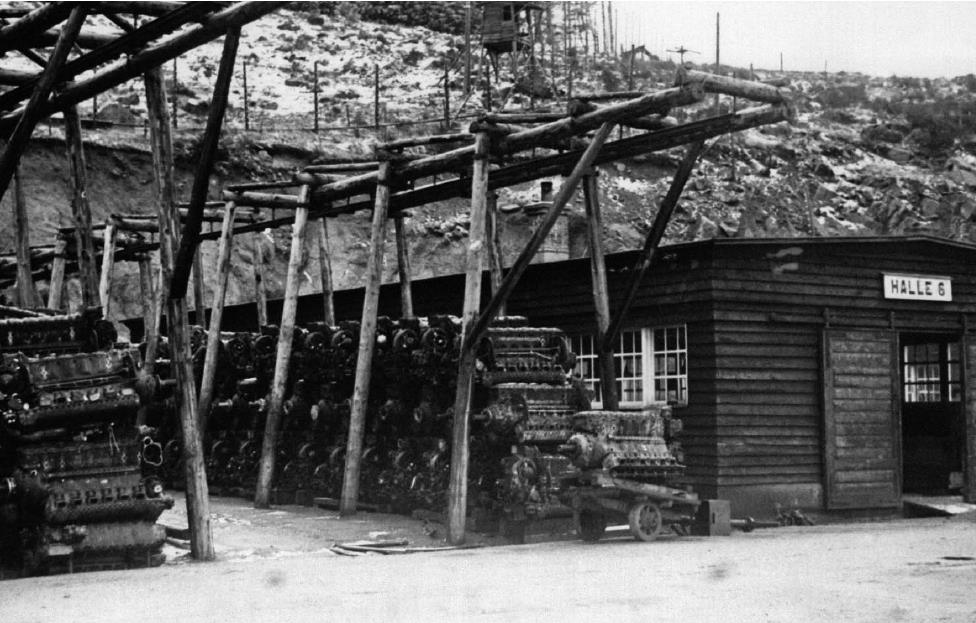 Barracks and aircraft engines in the quarry.

At the end of the year, 4,808 people are registered in the number book of Natzweiler. But the number of those present in the main camp is reduced – due to relocations and eight newly established satellite camps.

A small gas chamber for experimentation with combat gases is installed at the former hotel Struthof; 86 Jewish men and women are murdered there for criminal scientific experiments.

1944: Extreme extension of the satellite camps and the end of the part on the left side of the river Rhine 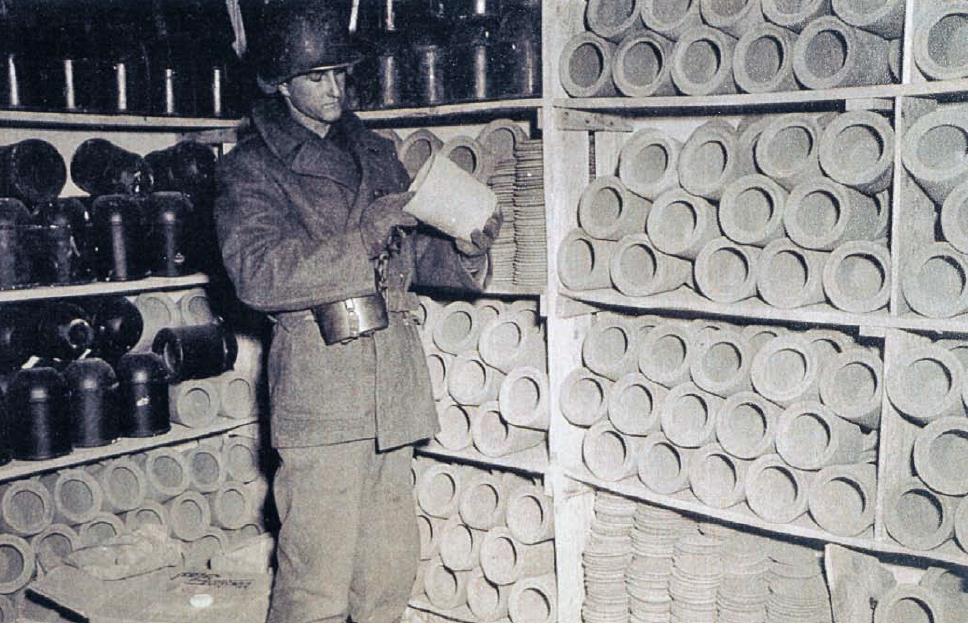 American soldier in the main camp.

The number of prisoners explodes. Until September 24,000 new prisoners arrive, many directly at the satellite camps. The satellite camps are established in the vicinity of armament firms and military airfields. Until August, their number has increased to 36. After allied troops have landed in Normandy on June 6, 1944, they fight their way eastward.

On September 1, 1944, commandant Fritz Hartjenstein orders the main camp and the satellite camps on the left-hand side of the river Rhine to be abandoned. The Natzweiler camp complex quickly moves to the eastern side of the Rhine. In November 1944, the allies find the main camp empty. The command post is moved to the Baden villages of Guttenbach and Binau. Starting in fall, 20 new satellite camps are erected on the right-hand side of the Rhine. Alsace is liberated by the end of the year.

1945: Reorganisation of “Natzweiler” on the right-hand side of the Rhine – death marches and the end. 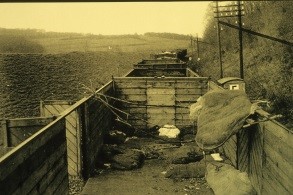 The “Natzweiler concentration camp” now consists solely of satellite camps on the right-hand side of the Rhine. But work for the war industry continues unabated. The situation is exacerbated through bombing raids, lack of supplies and growing chaos. Still more prisoners are absorbed from the KZs that have been dissolved in the East – reaching a total number of 52.000.

From the end of March through mid-April, people are evacuated to other concentration camps, mainly Dachau. Many die on the way, others arrive at their destinations which are ruled by overcrowding and epidemics. Not until the beginning of May are they all free – or dead.