Since 2013, sites of various types may apply for the European Cultural Heritage Label.

Important criteria for this are:

European cultural heritage sites may be visited individually or as part of a network. Visitors should develop an awareness of what Europe offers and what it has accomplished.

The former concentration camp Natzweiler and its satellite camps were places of Nazi terror. The memorial sites that have been developed there after the war, have made not only remembrance their task but also the work for peace, reconciliation and education about human rights. Both tasks need to be approached from a European perspective; they reach into the past and into the future. Seen this way, places of horror can become places of culture. Their target group are contemporary people of all ages.

The application was worked out under French leadership and with German participation, evaluated by an independent international jury and finally a positive decision was reached. The label was awarded in March of 2018 in Plowdiw/Bulgaria.

In Baden-Württemberg, twelve memorial sites, which are mainly supported by the local citizens, received the Cultural Heritage Label

More European sites that have been awarded the European Heritage Label can be found here.

Parallel ceremonies in Germany and France for the European Heritage Label

The German locations were awarded the label on the 12. of June 2018 at the Haus der Wirtschaft in Stuttgart. The ceremony was also the opening event for the complex German-French exhibition “Spuren/Traces” (13. June – 14. July 2018).

Karin Schütz, Secretary of State at the Ministry of Economy, Labour and Residential Construction, handed the award plaques to the representatives of the twelve memorial sites of the baden-württemberg satellite camp sites

With Geneviève Darrieusecq, Secretary of State at the French Army Ministry, presiding, the Cérémonie nationale du souvenir (national French remembrance ceremony) opened at the site of the former concentration camp Natzweiler-Struthof on the 24. June 2018. 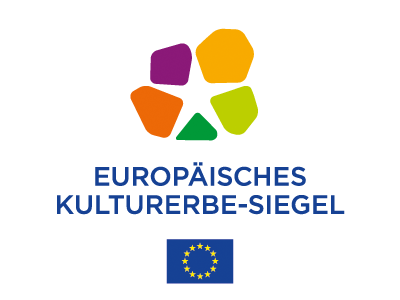 The representatives of the nine new sites in Europe celebrate together at the end of the ceremony in Plovdiv. Photo: European Commission

Frédérique Neau-Dufour, the director of the CERD initiated the joint French-German application for the European Heritage Label. Source: Franziska Kraufmann

Panel with many perspectives on cooperation in the French-German Network of Remembrance .

Dorothee Ross, chairwoman of the VGKN, has pushed the application for the European Heritage Label on the Baden-Württemberg side. Source: Franziska Kraufman

Group picture in front of full rows in the Haus der Wirtschaft: State Secretary Katrin Schütz (sixth from left) has just presented the plaques with the emblem of the European Heritage Label to all twelve participating memorial sites in the state. Source: Franziska Kraufmann

The Bulgarian Minister of Culture, Amelia Gesheva, presents the European Heritage Label to Frédérique Neau-Dufour, Director of CERD, and Brigitta Marquart-Schad, Member of the Board of the Association of Memorials at the former Natzweiler Concentration Camp Complex, VGKN (l.t.r.). Photo: European Commission